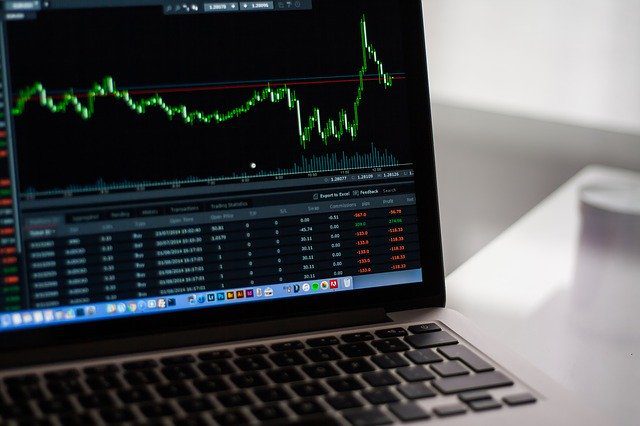 As a part of its annual Economy and Personal Finance survey (conducted during the first two weeks of April), Gallup News asked 1017 American adults, “Which of the following do you think is the best long-term investment: bonds, real estate, savings accounts or CDs, stocks or mutual funds, or gold?” 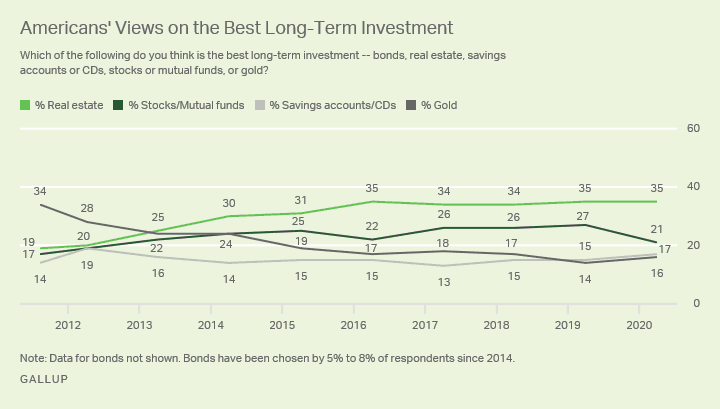 While acknowledging that past results are no guarantee of future performance — let’s take a look at why I think Americans haven’t got a clue when it comes to figuring out the best long-term investment strategy.

The Rate of Return on Everything

The August 2019 issue of The Quarterly Journal of Economics included a paper entitled “The Rate of Return on Everything, 1870-2015”. Over an astounding 74 pages of discussion, the authors attempt to analyze the long-term (145-year) rate of return on a variety of assets around the world.

We’ll look at each of these in greater detail in a moment (and we’ll look at gold too), but for now, let’s look at this paper’s overall findings. While the authors looked at data for many countries, I’m only going to share results for the U.S. The following table shows the rates of return for these different asset classes over three different time periods. (Remember that, for our purposes, Bills are a stand-in for savings accounts.)

From this table, it’s clear that equities (i.e., stocks) have been the highest return investments over long periods of time. Nothing else comes close. (Outside the U.S., this isn’t always true.)

Now, while stocks provide the best long-term returns, they also come with the greatest volatility. Here’s a chart (Figure VII) from the paper that shows just how crazy the ride with stocks can be. (Also note how closely equities and real estate tracked each other until the Great Depression.) 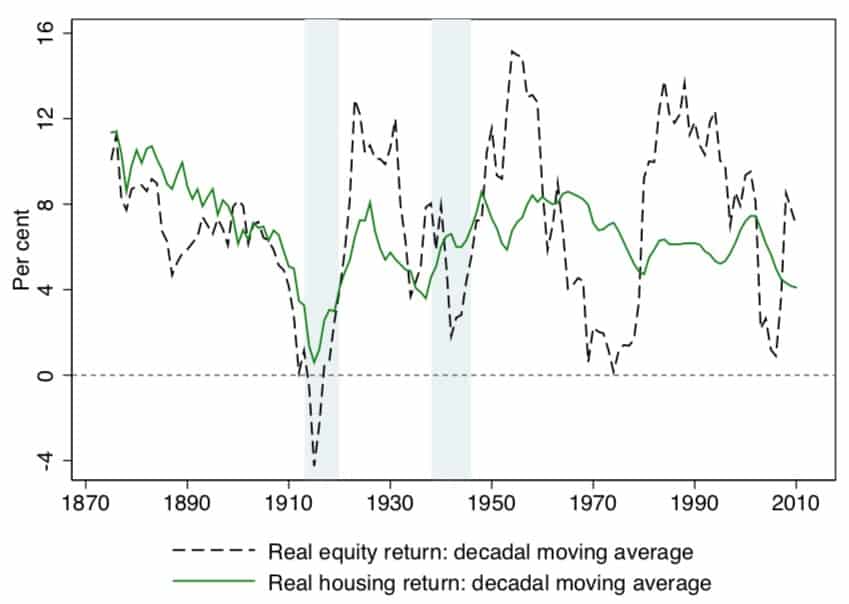 It’s this volatility that scares so many people away from the stock market. They’re afraid that a sharp decline can come at any time. And that’s true. But what’s also true is that a prolonged bull market can occur at any time, as we experienced from March 2009 to February 2020! If you’re a long-term investor, you don’t give a fig about short-term market movement.

Real estate as a long-term investment is complicated. Yes, it absolutely can be a great option, but not in the way most Americans imagine.

When you talk to the average person about investing in real estate — or when you poll them about best long-term investments — they’re probably thinking of homeownership, not rental or commercial properties. From my experience, most people think of buying a home as a path to wealth. Unfortunately, this is mostly just propaganda from the real-estate industrial complex.

During the past two decades, residential real estate has indeed provided good returns — if you’ve timed your moves right. I’ve been lucky. I’ve bought and sold at the right time, so I’ve done well during the past twenty years. But I’m sure we all know people who suffered during when the housing bubble burst in 2008. (My brother is a prime example. He lost two homes at the time.)

The past two decades have been unusual, however.

Yale economics professor Robert Shiller has become the authority on the history of home prices in the U.S. On his website, he provides a spreadsheet that shows home prices from 1890 to present. Here’s a graph from that spreadsheet. 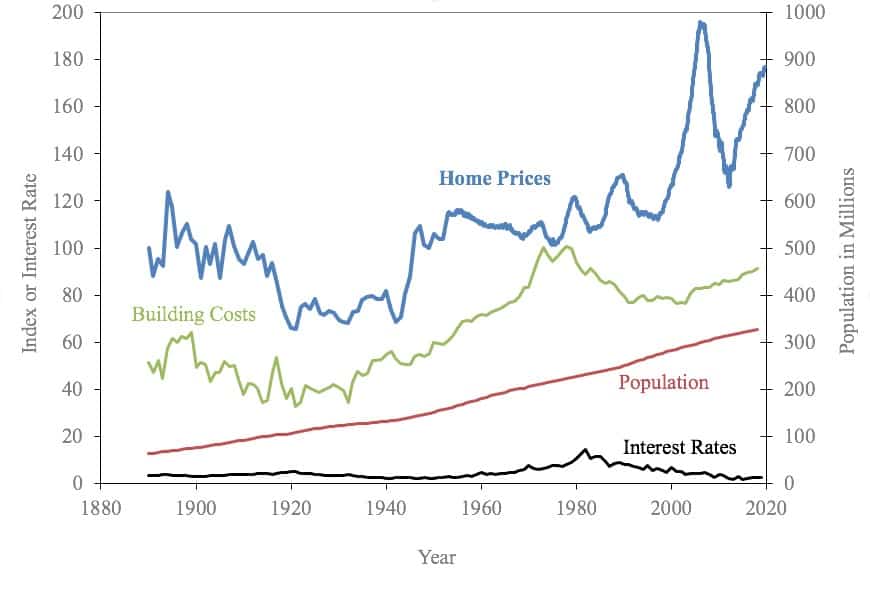 Historically, home prices have tended to remain relatively flat for long periods of time. Most investment pros seem to figure that residential real estate offers about a 1% annual rate of return. And, in fact, in the “Rate of Return on Everything” paper, the authors calculate that in the United States, while the real return on real estate has been 6.10% since 1870, the return on home prices has been only 0.90%.

In the paper, housing returns include two discrete components: property appreciation and rental returns. When the authors say that real estate has offered a long-term investment return of 6.10%, what they mean is:

There are plenty of reasons to own, but wealth isn’t one of them.

Are you interested in rental properties? Take a look at our guide on how to get started in real estate investing, which was written by the knowledgeable Coach Carson.

Stocks and Mutual Funds (21% of Respondents)

While I’m pleased that 21% of respondents in the Gallup survey believe that stocks and mutual funds are the best long-term investment right now, I’m also disappointed that this number is so low.

Over and over and over again, the data has shown the same thing: If you’re investing for the future, stocks are the best choice. This is especially true after the market has dropped.

I know market downturns can be scary, but here’s the thing: Volatility is one of the fundamental features of stocks. On average, the stock market returns 10% per year (around 7% when adjusted for inflation). But average is not normal.

Recent history is typical. The following table shows the annual return for the S&P 500 over the past twenty years (not including dividends):

The S&P 500 earned an average annualized return of 6.06% for the twenty-year period ending in 2019. But zero of these years generated stock market returns close to the average for that time span. (2007 came closest to average with a return of 3.53% — still more than 2.50% off the average.)

Short-term market movements aren’t an accurate indicator of long-term performance. What a stock or fund did last year doesn’t tell you much about what it’ll do during the next decade. The “Return on Everything” paper found that stocks enjoyed average long-term returns of about 9% after inflation. Other academic studies put this number at closer to 7%. Whichever number you use, the long-term returns on stocks are still higher than any of the other options in the Gallup poll.

It’s important to note that when I’m talking about the long-term returns on stocks and mutual funds, I’m talking about the returns of the market as a whole. Individual stocks can experience radically different fates. Fortunately, index funds effectively allow you to own the entire market, which means you don’t have to worry about picking the “right” stocks. For more info, see our guide on how to invest.

Savings Accounts and Certificates of Deposit (17% of Respondents)

There’s not much to say about the long-term performance of investments that come with a fixed rate of return. Generally speaking, what you see is what you get.

If you take out a five-year certificate of deposit at a 1.60% APY — which is a current “good” rate — then you’re going to earn 1.6% on your money every year. It’s a sure thing. Unfortunately, it’s also about the same as the current rate of inflation, which means that your real return is effectively zero. You’re not gaining anything, but you’re not losing anything either.

Here, for instance, are a couple of current top offers:

Going back to the Gallup poll, 17% of Americans believe that savings accounts and CDs are currently the best long-term investments. Let me make a (not-so) bold prediction: These folks are wrong. Sticking your money in savings is like treading water. You won’t drown, but you’re not going to get anywhere either.

Last week, I shared a rant about why investing in gold isn’t a smart long-term plan. Because this article isn’t actually about gold, today I’ll be brief.

You’ll note that the academic paper I cited earlier — the one with the info about the rates of return for “everything” — didn’t include gold or other precious metals. Do you know why? Because despite what some people will tell you, investing in gold is a lousy long-term strategy.

In his book Stocks for the Long Run, finance professor Jeremy Siegel breaks out the long-term performance of a variety of asset classes. His conclusions are similar to (but not the same) as those in the “Return on Everything” paper. Siegel found that between 1871 and 2012, gold provided a real return of 1.0%. Since 1946, that return has been 2.0%.

Can gold outperform stocks over the short term? Yes, absolutely! According to Siegel, gold provided an 11.8% real return between 2000 and 2012. Stocks appreciated only 0.3% during that span. But since 2012? Well, the price of gold hasn’t increased at all while the S&P 500 has more than doubled. (More on this at the end of the article.)

Let’s return to the Gallup poll that inspired this article. Is gold the best long-term investment right now? Apparently 16% of Americans believe so. I find this foolish.

At the moment I write this, gold is selling for $1714.62 an ounce. This isn’t a record price, but it’s high. (Gold’s nominal peak price was $1889.70 per ounce on 22 August 2011. Gold’s inflation-adjusted high was about $2500 per ounce back in 1973.) I find it difficult to believe — impossible, really — that buying gold near its peak is a smart long-term play, especially given its history of low returns over long time spans. If these 16% of Americans are buying gold as a long-term investment, I suspect they’re going to be sorely disappointed.

Gold can have uses in an investment portfolio. Long-term growth isn’t one of them.

Humble bonds brought up last place in the Gallup poll of best long-term investments. Only 8% of Americans chose them as the best place to put money for the long run. Honestly, I can’t argue with this result — and that’s not simply because I don’t know a lot about bonds!

Obviously, these rates are slightly better than you could achieve with a high-yield savings account. They’re about double the long-term average for home price appreciation. And they’re about the same long-term return you’d expect from gold.

That’s not always the case, of course.

The “Rate of Return on Everything” paper found that bonds yield long-term inflation-adjusted returns of just under three percent per year. (Since 1980, bonds have achieved returns averaging 5.90%, which is slightly better than rental properties during that timespan.)

But for now? Today? Bonds aren’t a great option.

To its credit, Gallup seems to be aware that their poll doesn’t reflect the actual value of long-term investments; it simply reflects the attitudes of the people they surveyed.

“Men, seniors, middle-income Americans, and Republicans are more enamored with gold,” Gallup wrote at the time. “That one in three Americans see gold as the best long-term investment may indicate a bubble in the value of this precious metal — something that may be corroborated if gold continues to plunge.”

In fact, gold was entering a bubble during 2011. (And it appears to be entering one now.) Here’s a little table I whipped up to compare the values of each investment in the Gallup survey — now and in 2011. (The table is a little goofy since there’s no consistent unit of measure, but you get what I’m going for.)

So, in the 8-1/2 years since Gallup noted the gold bugs were out in force: