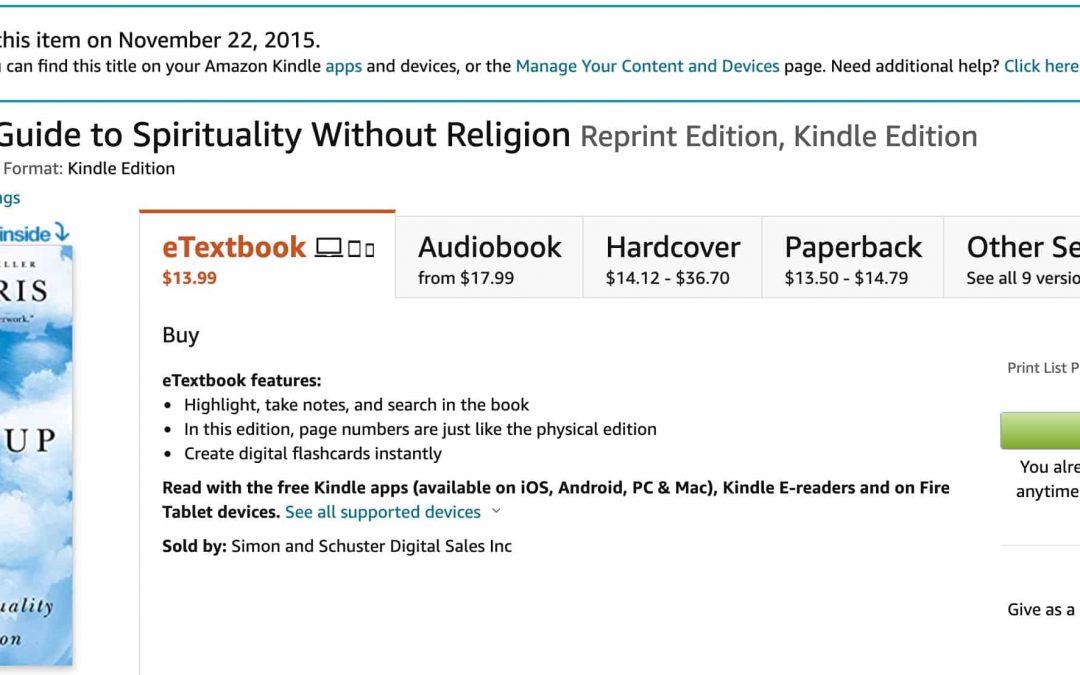 While I’ve identified as a writer since I was eight years old, what I’ve written has changed significantly over time.

When I was very young, I was only interested in writing stories. These stories were child-like, to be sure, but they grew in sophistication as I did. By junior high, I was drafting large chunks of fantasy novels (mimicking the books I tended to read at the time). Then, in high school, I discovered a love for poetry.

In high school and college, I mostly wrote poetry. Some of it was actually good, too. (Seriously!) I won contests and scholarships with my poetry, and some of it even saw print in small magazines.

But somewhere along the way, I stopped writing poems. I’ve written a few songs with friends over the years, but that’s it really. The part of me that’s a poet — a part that once was integral — seems to no longer exist.

Anyhow, it occurred to me today that the spending moratorium I’ve set for myself in 2021 is, in a way, like writing poetry. Let me explain.

You see, part of the fun of writing poetry — for me, anyhow — is figuring out how to express yourself while adhering to the rules. And the “rules of poetry” aren’t set in stone. Each poet sets her own standards. What’s more, those rules might change from poem to poem.

These rules are part of what makes Shakespeare’s poems so appealing. He was able to express himself, to convey a great deal of emotion, while playing by these rules. If you re-write a Shakespeare sonnet without the rules, it loses its beauty. (Fun fact: One of my favorite Shakespearean sonnets uses money metaphors!)

On the other hand, e.e. cummings played by a different set of rules. “anyone lived in a pretty how town” is still one of my favorite poems, but it’s vastly different than a Shakespearean sonnet.

For many young poets, rules are frustrating. They feel like limits on creativity rather than sources of inspiration. As a result, we often latch on to free verse, which seems less restrictive.

When I was writing poetry, I found that giving myself rules fostered creativity instead of stifling it. That’s kind of counter-intuitive, I think, but it’s true. It’s a fun challenge to see what you can create when your options have been restricted.

To this day, I find that (generally speaking) I admire poets who work with meter and rhyme more than those who simply produce free verse. (This isn’t always true. There are plenty of great poems written in free verse. But all things being equal, I tend to prefer a poem with structure over one without.)

Why do I bring this up? What does it have to do with personal finance? How is this related to my spending moratorium?

For the past week, I’ve been on a deeply reflective kick. I’m not suffering from my chronic anxeity and depression (yay!) but I am asking myself deep questions about what I should do with my future, and I’m trying to figure out how to keep the depression and anxiety from returning. As part of that, I’ve been reading about mindfulness and meditation.

As I talk with friends about this, they’ve been recommending books. Researching these books leads me to discover other books. Reading articles online about mindfulness makes me want to read still more books. And if I weren’t on a spending moratorium at the moment, I would be allowing myself to buy some of these books.

Fortunately, this isn’t a new interest for me. In the past, I’ve wanted to learn more about mindfulness and meditation, so I’ve picked up maybe a dozen books on the subject(s) over the years. They’ve been gathering dust in my library.

Now, in 2021, a few of these books are titles I’ve decided I want to read. Yes, there are a couple of books I don’t own that sound really interesting to me and I want to buy them. But I can’t. Or, more precisely, I won’t. Because I’m on a spending moratorium for 2021.

In the past, I might have found this frustrating. Right now, though, it’s kind of liberating.

My spending moratorium is doing exactly what it’s intended to do. It’s forcing me to look inward, to search my existing library, instead of turning outward and ordering more books. Ordering the new books wouldn’t solve anything anyhow. They’d just end up like the books I already own: unread on my bookshelves.

But because of the artificial structure I’ve imposed on myself, I’m forced to become creative, to be resourceful, to work with what I have. I’ve begun reading the books on my bookshelf. Yay!

This is very much like writing poetry given a set of specific rules. And you know what? Turns out the results are the same too.

Yesterday, I started reading Waking Up by Sam Harris. Holy cats, you guys. This is exactly the book I needed for this moment in my life. And it’s one that I already I own. Amazon says I bought the book in 2015 but I only started reading it yesterday morning. Crazy stuff.

But I’m only reading Waking Up now because of the rules of my spending moratorium. I browsed my (digital) bookshelf and that book stood out. If I weren’t playing by these rules right now, I wouldn’t be reading anything yet. I’d be waiting for new books to arrive from Amazon.

The same thing has been true with my recreational reading. I ran out of John le Carré novels on hand, so I had to look for something else. I couldn’t just order Tinker Tailor Solider Spy. Instead, I’ve decided to work through my science fiction paperbacks one by one. (I’ll look for Tinker at the public library.)

Plus, the spending moratorium is leading me to get creative in other areas of my life.

On a larger level, it’s interesting to think of the implications here. I’m saying that I appreciate poetry more when it’s bound by rules, when the poet isn’t free to do whatever she pleases. I’m also saying that I kind of like the fact that my book choices are currently limited to what I have on hand.

My frustration at not being able to buy a new book lasts for maybe thirty seconds, then I turn my attention to the available options. These options are fewer, but I don’t feel any less happy. (So far, anyhow.)

Perhaps this shouldn’t be surprising. This is, after all, the thesis of The Paradox of Choice by Barry Schwartz. He argues that we think we want more options, but we really don’t. When we have more options, it becomes more difficult to choose because we’re afraid of not making the “right” decision. (Even if there isn’t a “right” decision.)

In a very real way, rules bring freedom — with poetry and with spending.

Footnote: This reminds me of the rules I set for myself when I’m trying to get fit. A decade ago, I created a short document of “acceptable” foods. These are, in essence, my rules for healthy eating. When I’m doing well with my fitness, it’s usually because I’m sticking to these guidelines. I allow myself to eat anything I want as long as it’s healthy, as long as it follows my food rules. Donuts for breakfast? No, that breaks the rules. Filet mignon for breakfast? That doesn’t break the rules. Let’s do it! Sounds silly but it works.

You can find out more about which cookies we are using or switch them off in settings.

This website uses cookies so that we can provide you with the best user experience possible. Cookie information is stored in your browser and performs functions such as recognising you when you return to our website and helping our team to understand which sections of the website you find most interesting and useful.

Strictly Necessary Cookie should be enabled at all times so that we can save your preferences for cookie settings.

If you disable this cookie, we will not be able to save your preferences. This means that every time you visit this website you will need to enable or disable cookies again.

This website uses Google Analytics to collect anonymous information such as the number of visitors to the site, and the most popular pages.

Please enable Strictly Necessary Cookies first so that we can save your preferences!